Our first order of Nucs arrived last weekend and we spent Saturday picking them up and installing them. We drove a little over an hour to the pick-up site and veiled ourselves and put on gloves as a precaution. As we approached the flatbed trailer full of nuc boxes we and all the other beekeepers in line were surrounded by the hum of bees and some people who did not bring their safety gear were even stung a few times.

The air was electric, you could sense the excitement of the people and the irritation of the bees. Our turn came up quickly and we stepped right up. Luke was so excited, rubbing his hands. He had been talking about bees non stop all morning.

We grabbed our two nucs and placed them each in a large laundry bag so that any bees that escaped their temporary home would not come out into the car and attack us. The bags had worked for us in the past so we knew all would be well. We left the car running with the AC on so that the bees would not overheat while we ran into a few stores for errands.

We rushed home and placed the nuc boxes on the stand that their permanent hive would be located. After removing the laundry bags we opened the entrances and a flood of bees came rushing out of one of the boxes, then the next with a little less vigor. The box I had picked out was very heavy and had about three times the amount of bees the nucs usually have. We knew right off the bat they would need more space than the other. We let the bees orient for about two hours while we worked on the other hive inspections above them. All our queens were laying in the overwintered hives and they looked like their colonies would boom in the next 7-10 days. 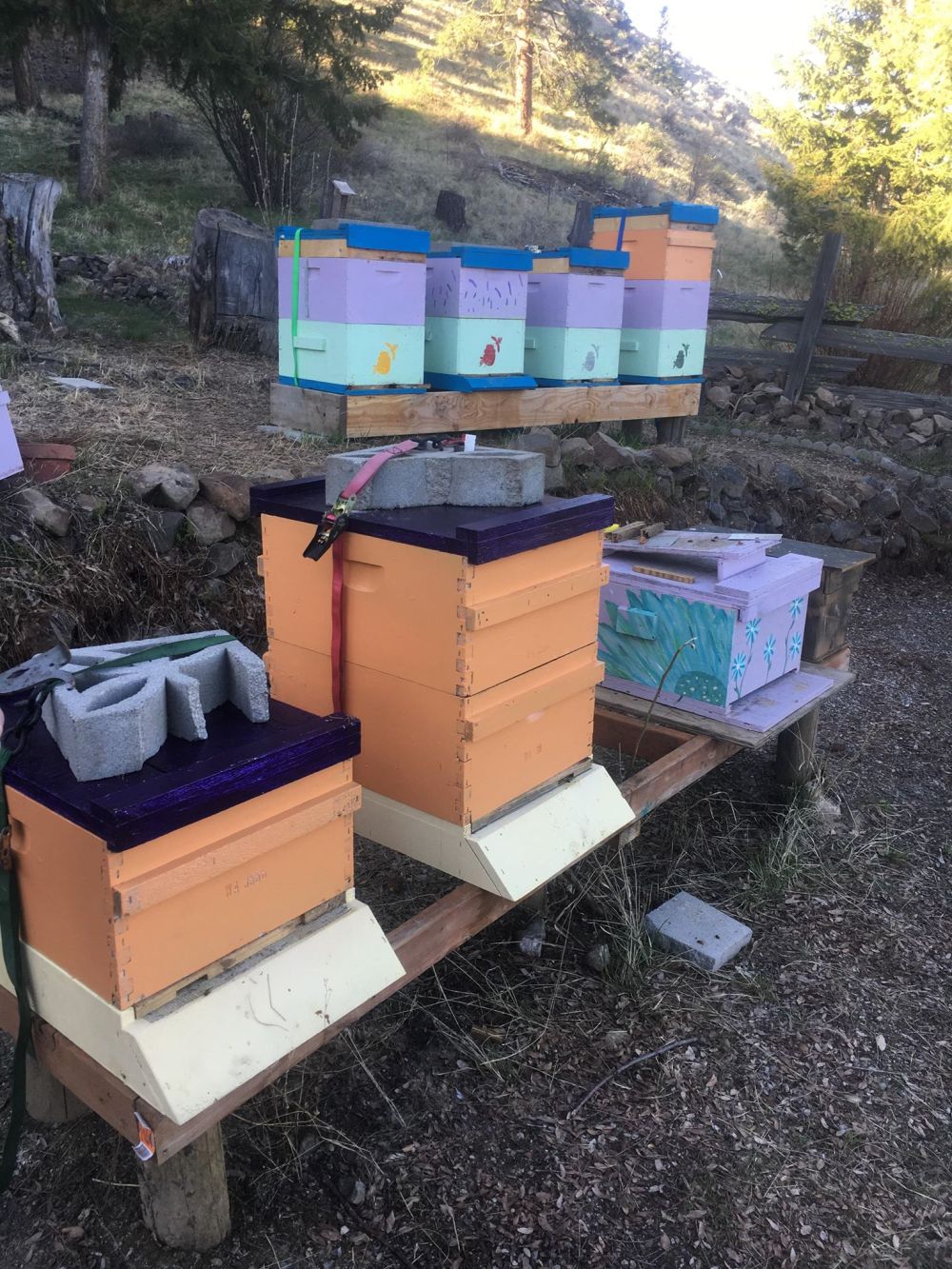 We grabbed some of our new boxes that we painted a new color to add to our eclectic bee yard. We took a propane torch and burned off the inside of the lids, bottoms and deep boxes just to be sure there were no moth larva or harmful things left behind in them. Then we placed them where the nuc boxes were and began to add the nuc frames and old build out frames to the deeps. We went ahead and used a checkerboard method so that the queens would build up the hives quicker. Each frame we pulled from the nuc we would check diligently to make sure the queen did not go into the hive quite yet. Once we found the queen we marked her with a green water-based paint to mark that she was bred this year and to make it easier in the future to spot her on the frames.

Once all the hives we inspected and the queens were marked we let the bees settle down and we started to work on baiting our swarm traps. Down in the orchards below the property, they have already started to deploy the pollination bees so we typically see swarms shortly after that.

Our bait is a simple drop of lemongrass on a q-tip that we then rub on the lid, entrance and once dabbed we drop the q-tip between some of the frames within the traps. Bees let off a pheromone that smells similar to lemongrass so it draws them in. This has worked in the past and we hope that we can catch even more this year now that we have a whole slew of traps at our disposal. 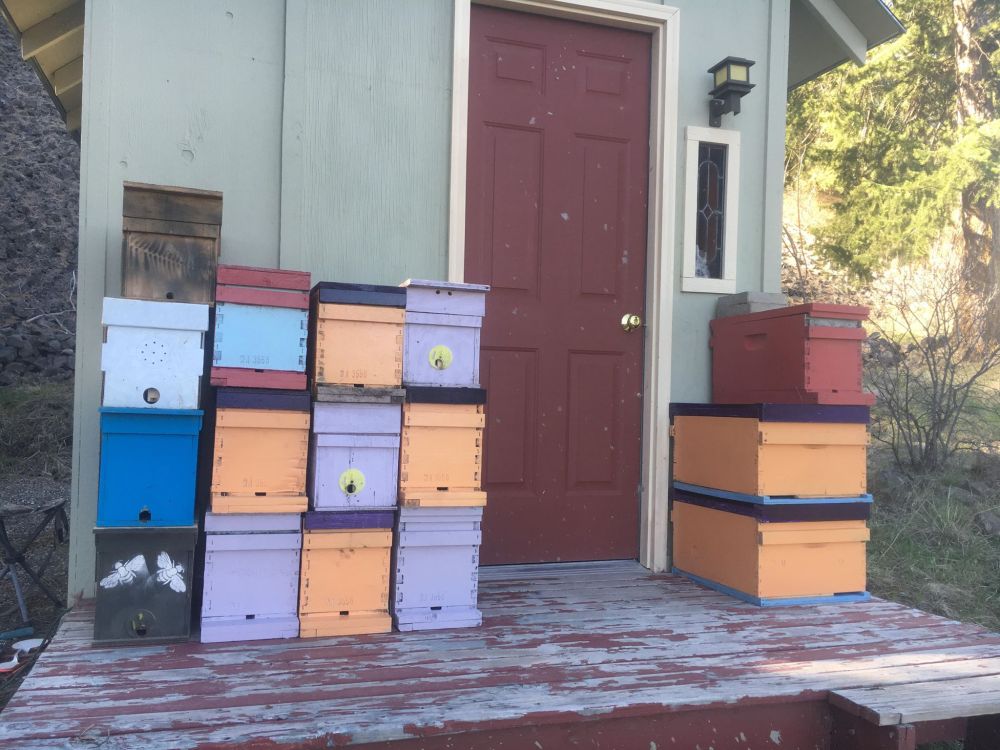