Bringing home the bees was a very exciting day for Luke and I. We moved two nucs to where their hives would be located and opened the entrance so that the bees could begin to orient themselves. We allowed them to settle for several hours before gearing up and lighting the smoker. 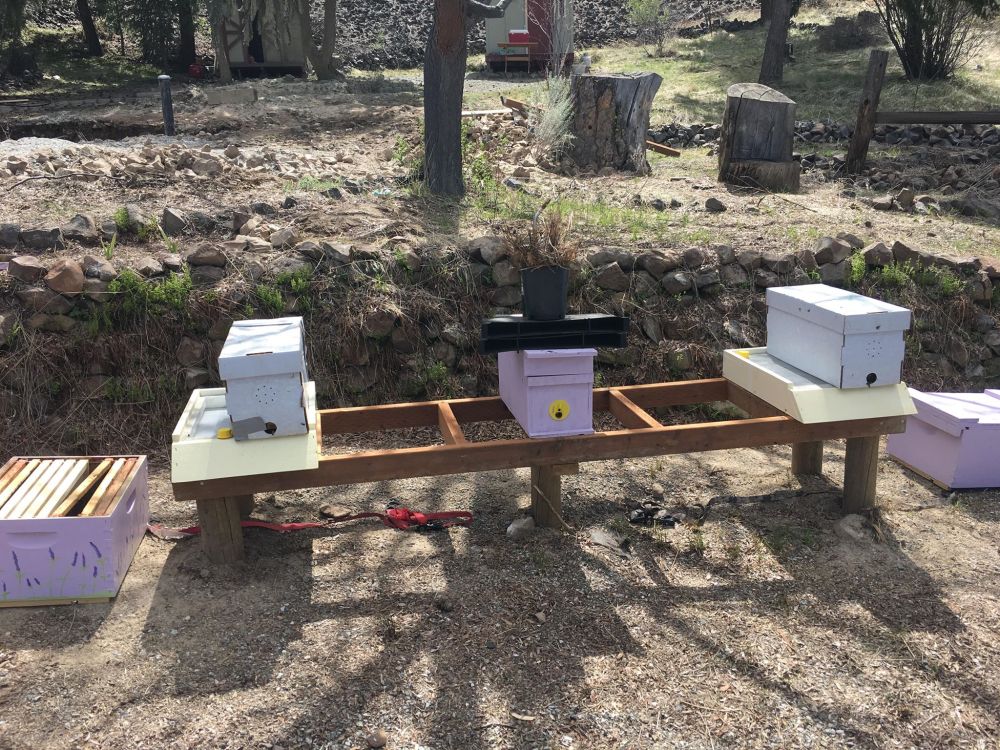 We prepared in hive feeders and removed enough frames to accommodate the five nuc frames. These bee hives are both Italians and tend to rob from open feeders and other hives so we wanted to keep the robbing to a minimum with the internal feeders. The feeders we have are an old style so we placed some sticks inside so that the bees could climb down to feed and back up to get outwith out fatalities. Our new bees are very docile and were quick and easy to move into the hives. 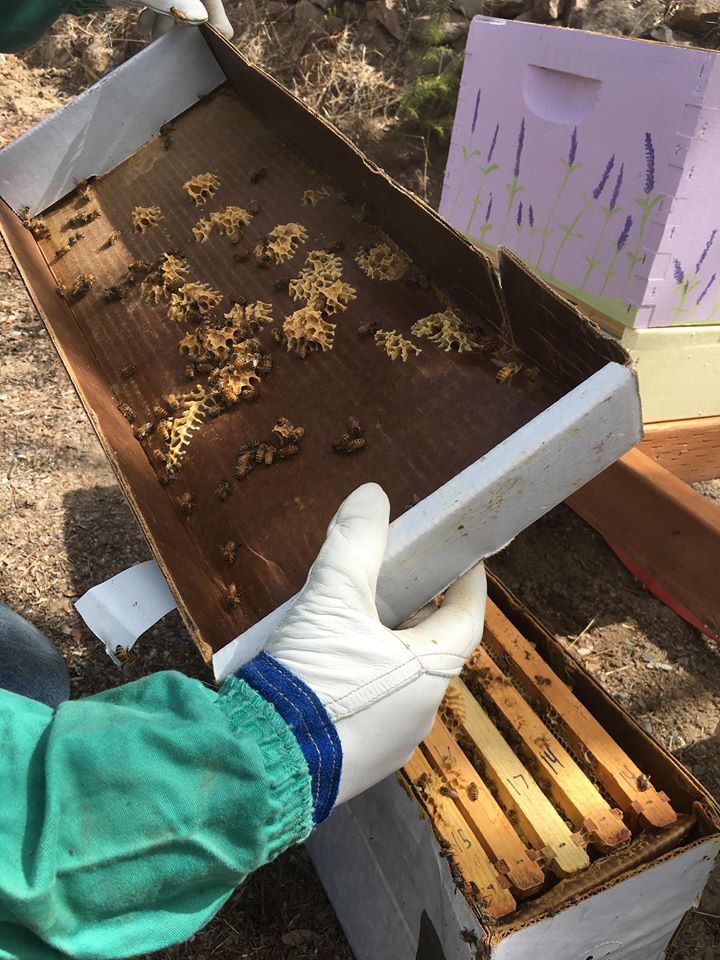 Luke moved the left hive in for me so that I could record a video of him relocating them, then I moved in the right hive. We tried to not take to much time looking over the frames for the queen as they had a long day of travels and we wanted to get them set sooner than later. Once all of the bees were in their homes we sealed the lids and left them be. I will check the hives in a week to make sure they do not need more food but other than that I do not want to disrupt every frame to often as it can set their growth and health back. 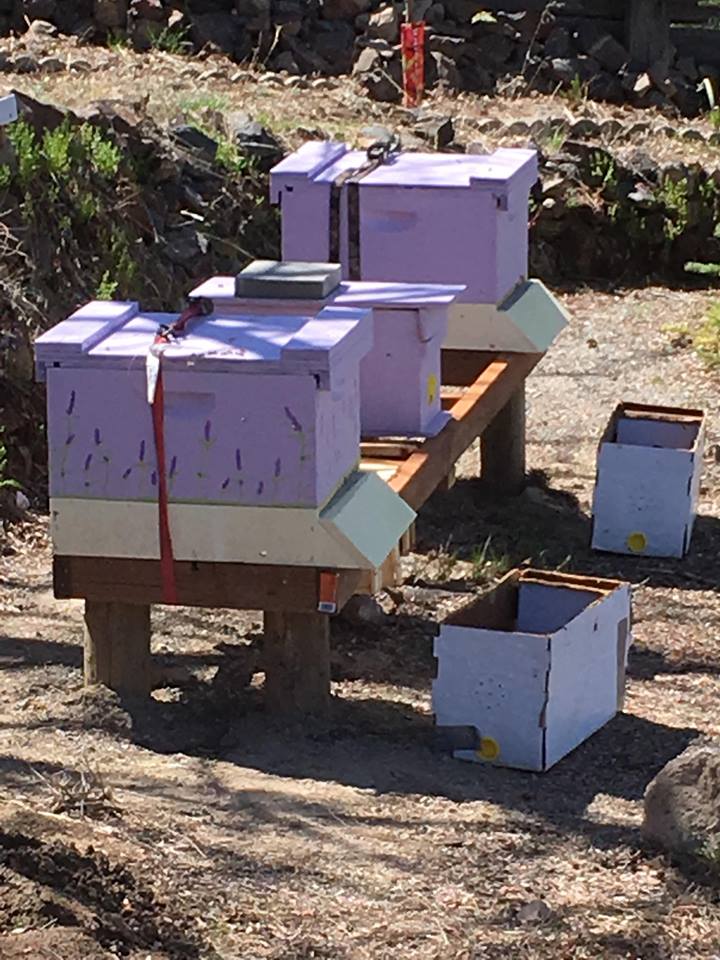 The next day Luke, the dogs and I all sat around in the sun drinking coffee and watch the bees do their morning flights. The began to still late morning as the sun warmed their hives. They were locating pollen somewhere as they were coming back with full little yellow legs! There is something so peaceful about their take off and landings as well as their gentle hum as they fly by us in route home. I am greatly enjoying being a bee keeper. I can not wait to continue to learn from my bees and be their care taker. 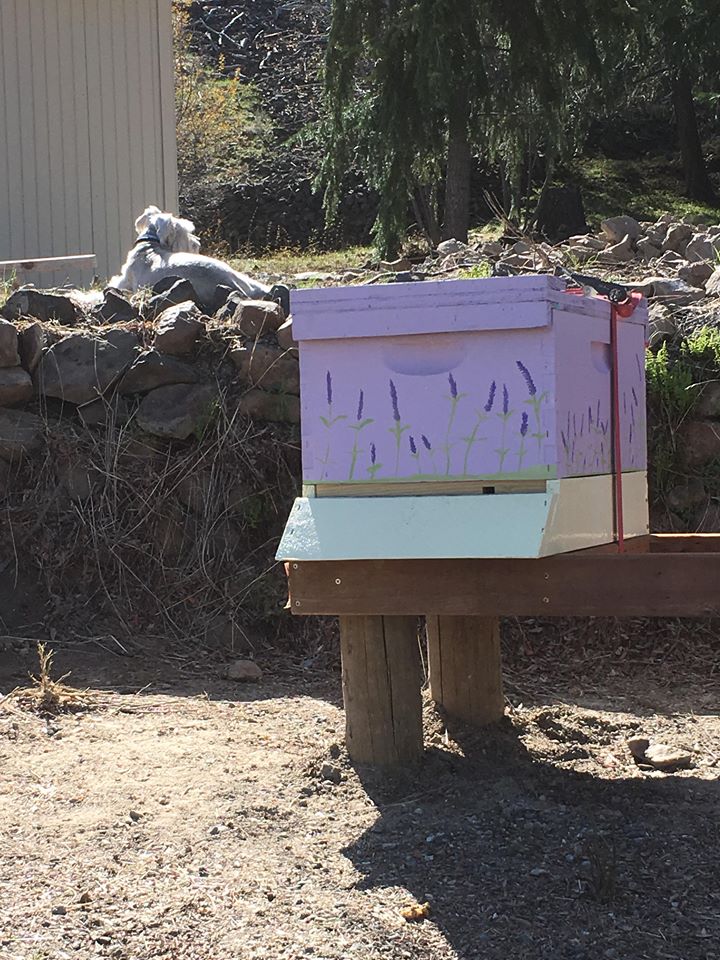