If you missed last weeks comic relief be sure to check out the post Put your britches on!

As the trees continue to drop their leaves things begin to wrap up on the property. I know I said I had put the garden to rest but I enjoy digging in the dirt to much to quit now; not to mention this is the perfect time of year to find great deals in the garden sections of local big box stores. I perused several garden centers to find some garden scores!

I came across some orange, pink and purple chrysanthemums priced at 75% off, I could not resist bringing them to the homestead for my bees. I barely spent over $5 on a total of 8 mums so it seemed a worth while risk if even just one of them made it to next spring. Chrysanthemums are a perennial that do well in zones 5-9 with well draining soil. As I have noted before I am somewhat of a lazy gardener and prefer a majority of my garden to come on its own year after year. Perennials in my opinion give you the most bang for your buck and mostly just have to be divided in the fall after a healthy year or two of propagating. These chrysanthemums seemed like a beneficial addition to my garden space and also have added benefits for my honey bees. 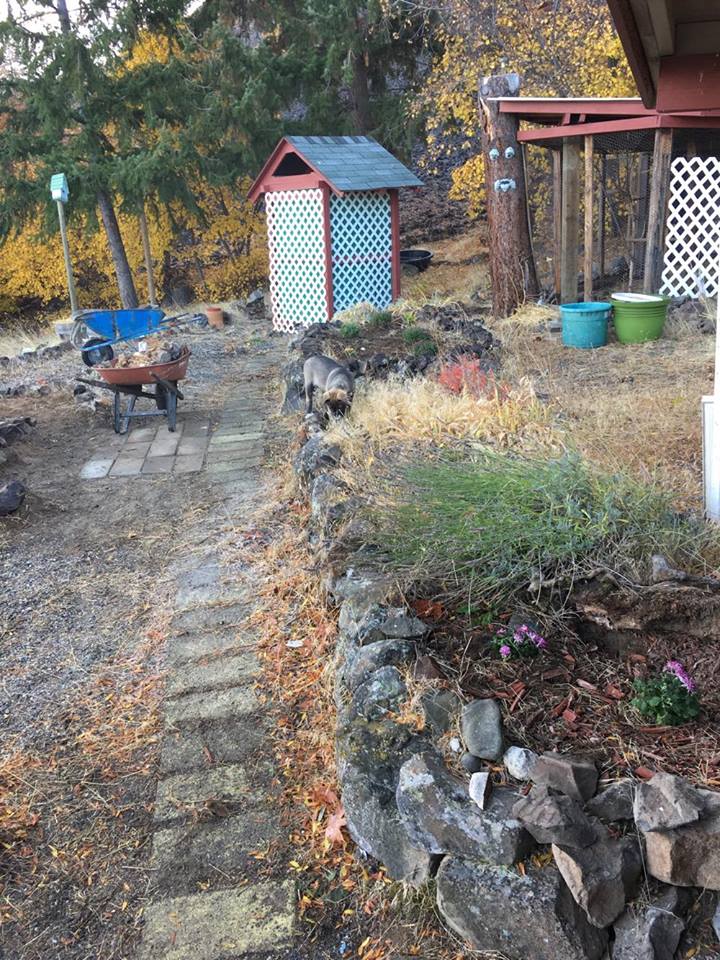 Certain chrysanthemum species have a compound called pyrethrum. Pyrethrums are toxic to mites which plague some bee populations. Potentially, mums may give the bees increased immunity against said mites. There is a caveat to mums, with lush foliage they become an ideal habitat for spiders which in turn could kill the bees as they are on the flowers collecting pollen. With this in mind I planted the mums close to the chicken coop in hopes that once the chickens move in they will keep the spider populations at bay. Bees are fairly smart workers and if the mums become to much of a danger to them they will choose to not collect from those flowers and move on to another pollen source. So for $5 this seemed like a low risk to take since I love the color they add to the landscape if nothing else. 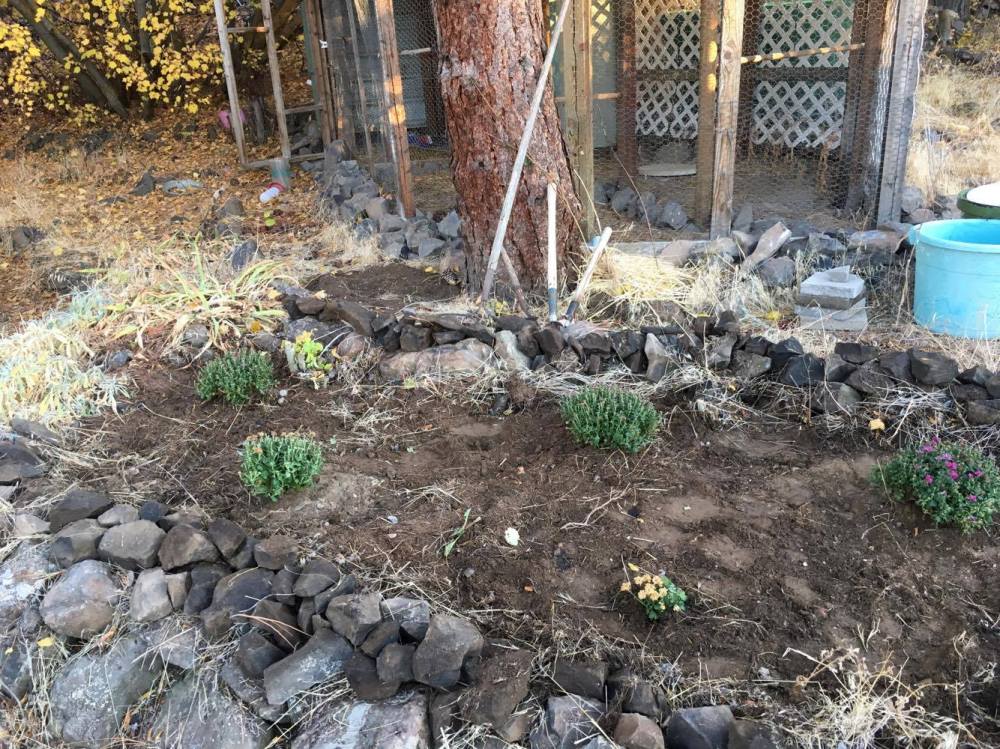 The other deal I found in town were on succulents, which looked like they had fallen to the darkest corner of the garden center and were forgotten for a few months. They were still healthy and thriving so I snatched them up into my cart with some cactus potting soil to keep them potted over the winter. Currently succulents are “trendy”, so they can be pricey and hard to find locally. I wanted them to make weeding the rock walls easier and to deter snakes from making the rockery their home. The nice thing about succulents is that they propagate willingly and quickly. The goal is to continue to artificially propagate the succulents through the winter until I have enough plants to transplant into the walk way rock walls nooks and crannies. Once they are started in a few locations it should only take a year or two for them to figure out where they belong and happily take over. 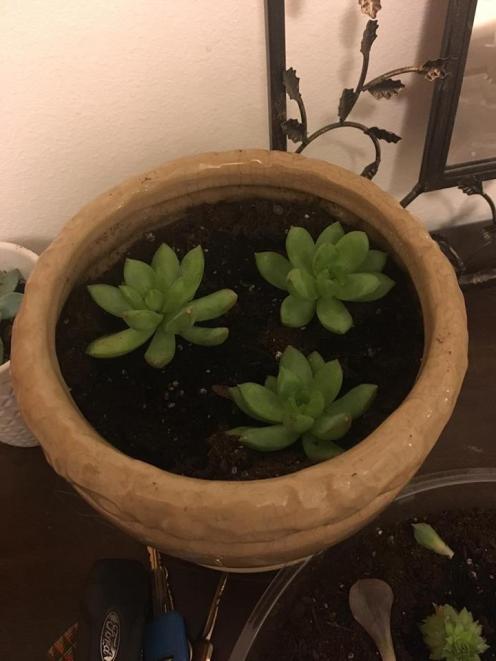 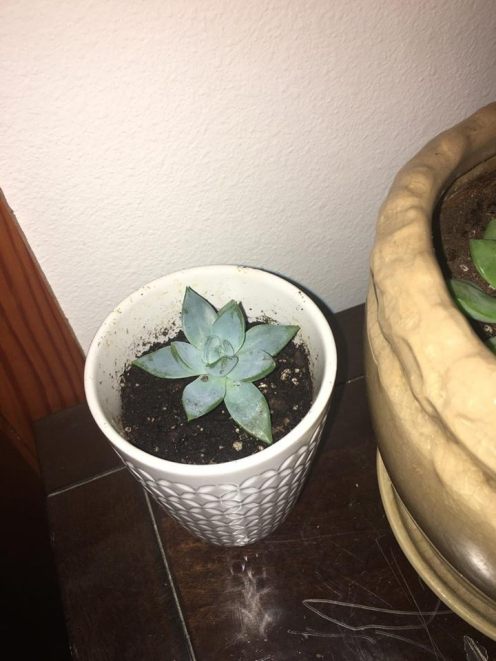 There are lots of helpful tips and tricks online for starting your own succulent propagation. I found a blog that had great photos of the process and was easy to understand at Succulent Propagation How To. Below are some of the starts I am working on. 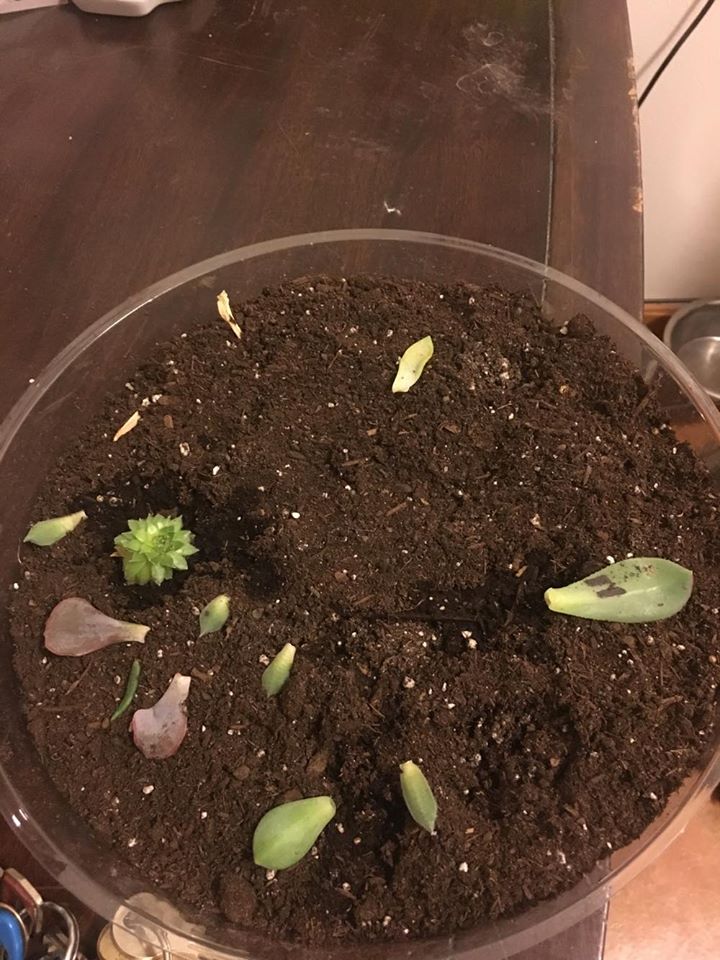 Update: On Day 10 I noticed three baby roots on this one! Look closely and see the roots working there way down to the soil. Very exciting! 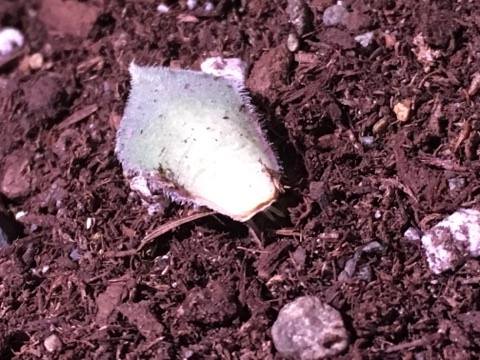 I also noticed a few of my leaves were flipped the wrong way and not growing. I went ahead and flipped them in hopes that they can still make a start. Oops. Trial and error. Next time I will be sure to have them facing right side up so I actually get some new plants.

Keep in touch with me next week in my post about Gratitude as more pieces to this homesteading puzzle fall into place.