The Garden of Eden will not flourish without a constant supply of the wet stuff! So here we are behind the house spending thousands of dollars to provide easily accessible water to the homestead. 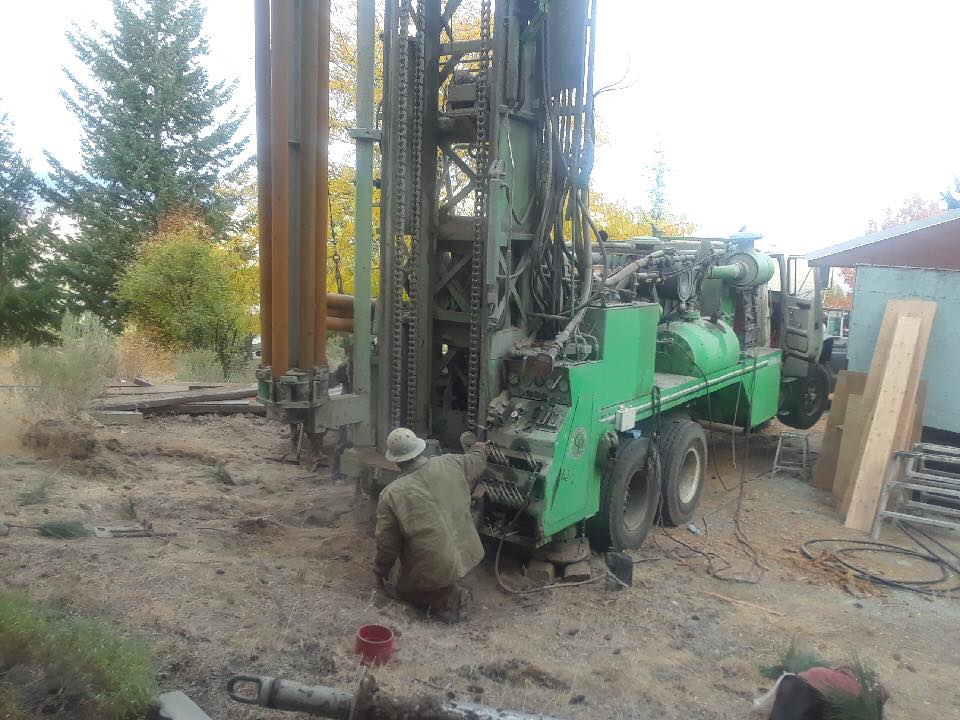 The drilling company set up on a Tuesday and had found water by Friday the same week! Praise God! They hit water just after the 260 feet mark. Had we gone past 300 feet I would have likely ran out of money. (Sad but true)

Once the pump is installed we will put in a cistern so that the well pump will not have to work as hard when water is being used. When the generator is on the system will fill the cistern and then the water can go to the house from there. The cistern will also help since the water was at about 5 gallons per minute which isn’t ideal for a home. The internet tells me you want something closer to 7-9 gallons per minute. After the cistern we can put the septic system in at the other end of the house to allow for a gravity feed.

This was a very exciting week!

Wrap back around next week to see SNOW!?! That’s right, work comes to an almost stand still because of the years first snow.